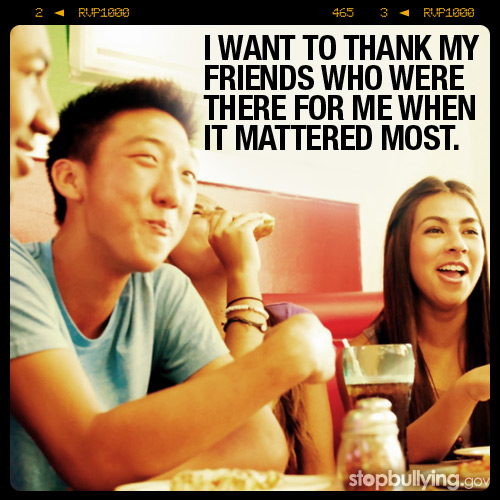 What is cyber bullying?

Its not too difficult for anyone over the age of 30, to think back to their own childhood schoolyard experiences and remember a situation or two when someone you knew was bullied. Perhaps, hopefully not, you have been the bully or have been bullied. Regardless, we all know that bullying exists. But today there exists an even more inappropriate and harmful method of bullying; cyber-bullying.

Cyber-bullying is a crime. It can be anything from a negative text about someone to an all out gang of people posting insults on someone’s Facebook wall. Perhaps you or someone you know has posted a not so innapropiate picture of someone you knew in an extremely negative light. Perhaps they were drinking or acting a little crazy and someone thought they would gain friends by putting the photo on the internet for all to see. Through technology today, everyone is capable of cyber bullying.

Unfortunately, with the rapid growth of technology in the digital age, comes new consequences. An angry teen can post a photo of someone they dislike perhaps because they are dating the person of their dreams and they are jealous. This is called direct cyber bullying. Or maybe an adult who was terminated from their job decided to post pictures of their own boss cheating on their significant other. Recently, on Facebook, I had witnesses a domestic violence case erupt when a woman posted photos of her fresh facial bruises and tagged the person in the photo that was allegedly beating her. In these situations there is never any winners. Since it was a person I once knew well, I became upset, but refrained from any communication. Sometimes the best thing to do is not respond at all. This information will be on Facebook for the rest of all of their lives and long after they are over. The other form of cyber bullying called indirect bullying.

Indirect cyber-bullying is sometimes more harmful then direct bullying. How many of us remember the story of Justine Sacco, the now-former director of corporate communications at media company IAC. Before she was about to board a plane to South Africa she tweeted: “Going to Africa. Hope I don’t get AIDS. Just kidding. I’m white!” To her surprise, because of the lack of cell service on her flight, when she landed her tweet had gone viral without her knowing. She was greeted by many angry african citizens who thought it appropriate to throw stones at her while she un-boarded the plane. Regardless of the situation, forgetting about who was right and who was wrong, we are now facing a new form of terrorism that needs to be contained. No-one is immune to this type of an attack. People’s lives were negatively affected by the thousands over this tweet.

Any form of negative insults sent over any type of digital media including even a private text message, is considered cyber-bullying. How many of us are guilty of this? Probably more than we would like to admit. Yes, even I am admitting that I may have sent a not so positive digital transmission over text, e-mail, or social media. I remember when I first learned how to text and consequently learned that it took less effort to send a text to someone via text, than to say it to them directly. I found it easier to cancel an appointment, talk about intimate details, and even argue through sending texts. I even had a break up occur over text as I am sure some of you had as well. The primary reason for this is the reason that we all enjoy about digital communication the most; the ability to have more courage to say what we like without fear of consequences. This electronic form of communication transcends space and time and always gives the sender an upper-hand. Is it not safer to communicate bad news or even insults to one another using this medium. Clearly this is a moral dilemma as well as a societal one. What are we to do about this?

The 2008–2009 School Crime Supplement (National Center for Education Statistics and Bureau of Justice Statistics) indicates that 6% of students in grades 6–12 experienced cyber bullying.

The 2011 Youth Risk Behavior Surveillance Survey finds that 16% of high school students (grades 9-12) were electronically bullied in the past year.

The first thing we can do to prevent cyber-bullying is to help spread awareness that is exists. Sharing with students of all ages how it’s done and what it’s effects are can help to increase awareness. Teachers can share information about the fatalities that are caused by these negative threats. During class today our Professor had the courage to talk about this and brought it to the classes attention so there is hope. Educational systems need to increase awareness of this dreadful tactic by requiring teachers to include this in their curriculum whether they agree with it or not.

We also need to take extra care and pay more attention to your children’s online habits. Children are the ones that must live out their full lives with the technology we have built. I, for one, feel responsible enough to write this article about cube-bullying in hopes to prevent a dark future for the next generation to come. It’s ok to ask for your child’s passwords to access their social media profiles. It’s ok to share with them the consequences and laws for breaking the rules about cyber-bullying. If you don’t, then who will?

We need to take extra care when it comes to our articles we write. We need to be responsible enough to make sure that our posts are not harming or hateful in nature. It is illegal to spread hatred and negativity on a large scale such as digital media. Many of us enjoy using social media to complain about a company or corporation mistreating us, our friends, or our loved ones. Sure we are human, and subject to the same ebb and flow of emotion just like anyone. This does not mean we have the right to spread hatred and negativity to all our thousands of viewers a month (Bots Excluded). There is a link that you can place on the bottom of your pages to link to the appropriate information about cyber-bullying.

We can all make a positive difference in a person’s life, starting today!

I will begin my solution to this problem by posting a logo with a link at the bottom of my sites pages, so is displays on every page of my blog.

For more info see links below.